“This administration is fond of jokes and fake news to divert the attention of the people from the countless issues that they are facing and the torment that the government policies bring to Filipino citizens, such as corruption, killings,” Bonganay asserted. “Thus, we are wary of such declarations and at the same time vigilant in asserting peace based on justice.”

One of Salinlahi’s members, the Children’s Rehabilitation Center will be holding a Peace Camp with the theme “#ArtsPiration: PURSUING JUST PEACE TOWARDS A BRIGHT FUTURE FOR CHILDREN” on December 7, where workshops and other creative activities on various relevant topics will be discussed with children and adults alike.

“Through the Peace Camp, the children will reiterate their call to address the root cause of insurgency through the Peace Talks,” Bonganay said. “The Duterte government has been relentlessly attacking ordinary citizens, including children through policies that compromise the next generation’s future. The resumption of peace talks, if President Duterte will be true to his word, will certainly be a step forward for a bright future for children,” Bonganay ended. ## 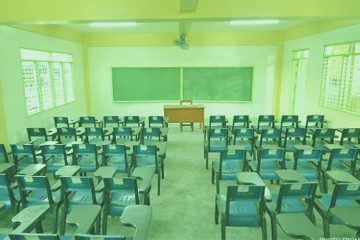 Salinlahi to govt: Ensure children’s safety while easing age restrictions in GCQ and MGCQ areas “While we welcome the recent easing of age restrictions by allowing children five and above to go outdoors in GCQ Read more…